Most of the time we love our technology, and even though we can’t live without it, we’re all are guilty of threatening the poor devices for getting it wrong or moaning when they take slightly longer than we want. No wonder they’re out to get their own back!

Vancouver 2007,  young jogger was left with burns on his chest, neck and face, marking the path where his earphones had been innocently hanging when a neighbouring tree was struck by lightning. A letter written to the New England Journal of Medicine stated; “Even though devices

such as an iPod may not increase the chances of being struck by lightning, in this case, it seems the combination of sweat and metal earphones directed the current not only to but through the patient’s head.” 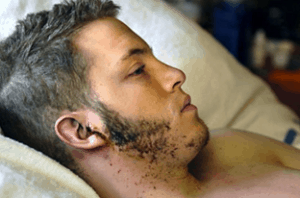 However, in 2009 when a teenage girl was struck by lightning, doctors said the only reason she was fortunate enough to survive the 300,000-volt surge was because her iPod averted the current away from her vital organs. So, it’s not all bad, one day your iPod just might be the one to save you. 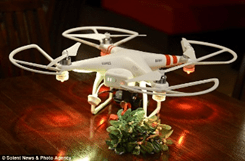 There are heaps of stories and videos out there of people getting attacked by delinquent drones dropping out of the sky, and injuring those around, it does seem that many of these often involve the restaurant trade. One such incident “Drone delivering asparagus to Dutch restaurant crashes and bursts into flames” was a popular story making the news. However, the number one in the all-time nasty drone attack chart goes to the “Mobile Mistletoe” malfunction.

It was Christmas in New York and leading chain TGI Fridays had the amazing idea to use a drone for promotional purposes. The drones role was to spread Christmas cheer and carry mistletoe above the diners urging them to share a moment of intimacy and kiss. However, for Georgine Benventuto, it seemed the drone wanted a Christmas kiss of its own, as it came hurtling down from the sky, hitting her face and cutting her nose. Sometimes technology needs a little love too!

Although most news headlines ran with the story of a collision between two driverless cars, there was no harm done at all. Google and Delphi Automotive are two competing companies when it comes to driverless cars. When both cars ended up on the same exact stretch of road at the same

time. Both vehicles needed to change lane, and a collision between the two, seemed likely to happen. However, although making headlines, its seem the press left out was that one car neglected to carry out the manoeuvre, therefore, preventing any crash.

In fact, over time, the majority of actual collisions to involve driverless cars have been due to human error!

When the Segway 2002 model was first introduced, the two-wheeled transporter was a popular favourite with a l 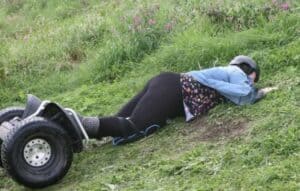 ot people with disposable income. However, a strange glitch in the speed limiter seemed to cause the wheels to spin in the wrong direction, bringing the wheels to a humiliating halt and although entertaining for other individuals, caused injury to the rider. This wasn’t a common occurrence and only happened in very rare circumstances. Technical glitch or not, many people still have bumps and fall off of these ‘personal transporters’ all the time. Just look at the fate of the inventor!

If your technology nightmares are causing you sleepless nights then call our team on 0114 361 0062 and we can see if we can turn your nightmares into sweet dreams.